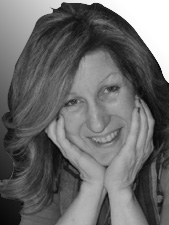 Marianne began her professional career as a musician, recording and touring as a violinist with the 70’s disco sensation CHIC. She then moved into music management as the Executive Director of the Aston Magna Foundation for Music, which sponsored a Summer classical music festival and NEA-funded cross-cultural educational Academy in the Berkshires as well as a concert series at the Metropolitan Museum. With the introduction of the Macintosh in the 80s, she was bit by the magic of technology and ended up developing training materials, classes and eventually two books on word processing as well as numerous articles in various technology magazines. During the 90s, she was a presenter at MacWorld and other technology conferences (including the Macintosh Consultants Network and Microsoft Word Conferences) and made regular appearances on MacTV with her innovative MS Word tricks and tips. During the Newton craze, she was part of a team that developed the initial end-user experience for its introduction at MacWorld and penned a monthly column for IN Magazine called “Ask Marianne.” She has been answering more complex business productivity questions ever since.

Since the late 90s, Marianne has focused her talents on developing productivity solutions using the FileMaker Pro platform for a wide variety of businesses. While consulting to one of her Long Island clients, she was introduced to Harvey Cohen, the founder of HCS Technology Group. There was an instant camaraderie between them and their desire to join forces to develop smart technology solutions that empower end users flourished. Marianne specializes in determining what a client envisions for their business, asking probing questions and providing remarkable intuitive clarity to ascertain not only the flow of business process, but designing an engaging user interface that moves one seamlessly through their work day. A recent client sums up what Marianne does best: “I have to say that you are very good at understanding the flow of everything, as everything that you’ve described is exactly how it works. And I love how it all looks!” Marianne has been a member of the FileMaker Business Alliance since its inception and also gives frequent presentations at the NY FileMaker Developer Group monthly meetings at Tekserve.