Craig Cohen, CEO of HCS Technology Group interviewed BY CRN on iPad in the Enterprise 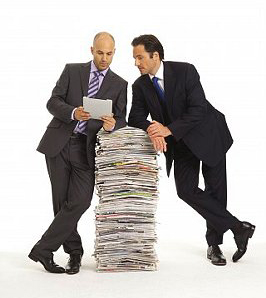 “Larger clients have been coming to us for help because there isn’t any clear documentation from Apple on how to support these mobile devices in the enterprise,” said Craig Cohen, president of HCS Technology Group, an Apple consultancy in Bohemia, N.Y.

That Apple is waking up to the benefits of working with the channel makes sense considering the speed and volume of iPhone and iPad sales. Apple will report fourth-quarter results on Oct. 18, but in its fiscal third quarter the company sold 20.34 million iPhones, up 142 percent year over year, and 9.25 million iPads, up 183 percent year over year. It's just-unveiled iPhone 4S racked up over 1 million pre-orders in the first 24 hours it was available. And with the vast majority of Fortune 500 firms either deploying iOS devices or considering doing so, integrating these devices into corporate networks is an emerging area of opportunity for the channel.