It may seem early to think about holiday shopping, but even as the global supply chain recovers from pandemic-related slowdowns, ship dates remain unpredictable. If you want to make sure you have an Apple something for that special someone, we recommend buying it soon. Here are our recommendations.

Do you know someone who’s always misplacing their keys, purse, or backpack, or who’s planning a big trip? They might appreciate Apple’s AirTag tracker this holiday season. Attach one to a keyring (with a separate $29 AirTag Loop, $35 AirTag Leather Key Ring, or $39 AirTag Leather Loop) or drop it in a bag, and from then on, they can use the iPhone’s Find My app to see where they left their stuff. AirTag uses the Find My network, so even if the item is far away, passing Apple devices that detect it can securely share its location with you. That makes it especially helpful for tracking down checked luggage that hasn’t arrived at its proper destination. One AirTag costs $29, or you can get a pack of four for $99. You can even have Apple personalize each AirTag with custom text and emoji. 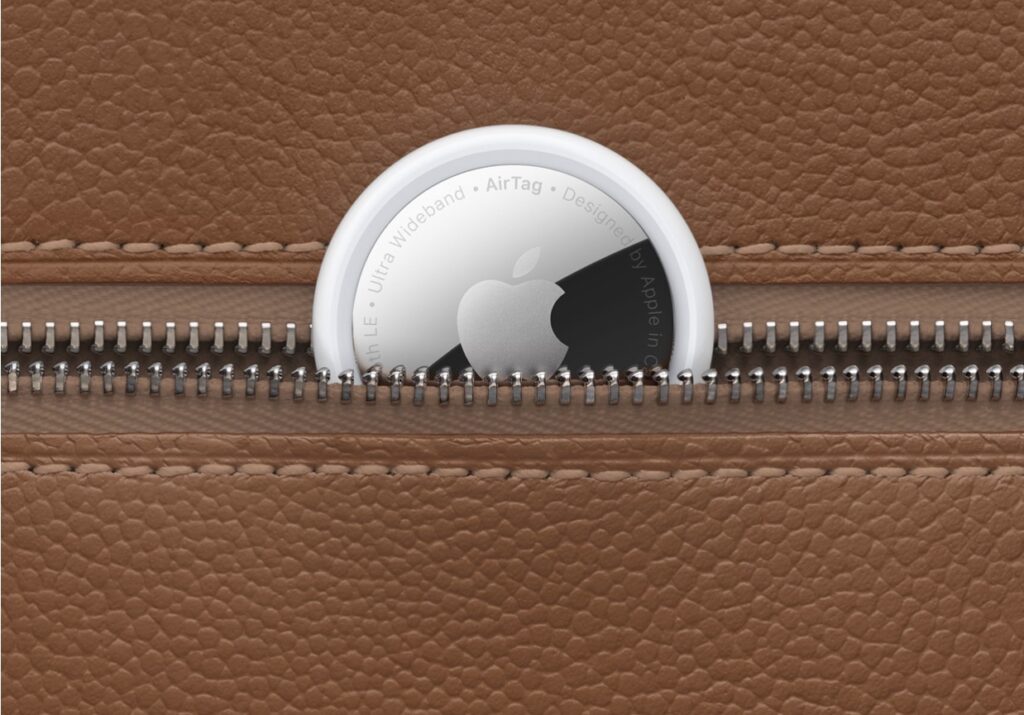 Although the original HomePod didn’t set the world on fire, the $99 HomePod mini has been significantly more popular. The grapefruit-sized HomePod mini may be small, but it produces great sound for its size and can do pretty much everything the larger HomePod could do. You can control it entirely via Siri, pair two for stereo sound, use it as a hub for your HomeKit home automation accessories, and even have it play the sound from your Apple TV. Put a HomePod mini in different rooms in the house, and you can use Intercom to communicate with family members with your voice. If you’re giving it as a gift, remember that it’s best when paired with an Apple Music subscription.

The Apple TV hasn’t changed much over recent years, but this year’s new models are enough better and cheaper to warrant inclusion in this article. If someone on your list would benefit from a streaming media player, consider the new third-generation Apple TV 4K, which has a lot going for it. It now boasts a fast A15 Bionic chip, and the Siri Remote charges via USB-C. For someone who mostly wants to watch TV, the $129 Apple TV 4K (Wi-Fi) model is all they’ll ever need, with 64 GB of storage. For $149, the Apple TV 4K (Wi-Fi + Ethernet) has 128 GB of storage for those who want to load a lot of apps and games, and it includes a Gigabit Ethernet port and support for the Thread home automation protocol. 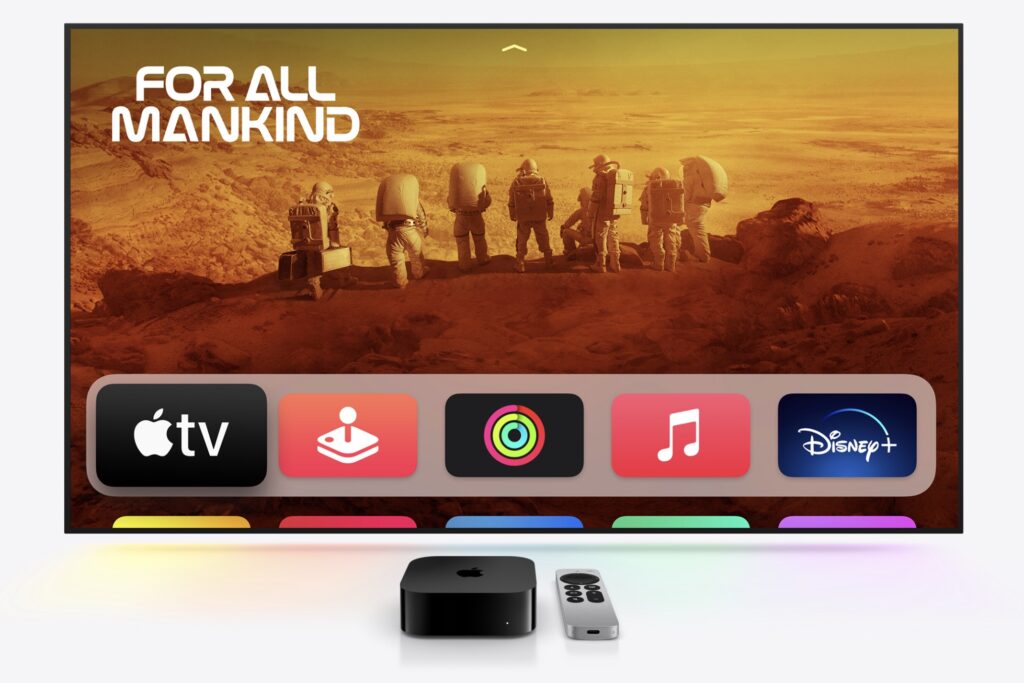 If you’re looking to give an iPad as a gift, Apple has numerous options, with starting prices ranging from $329 to $599. 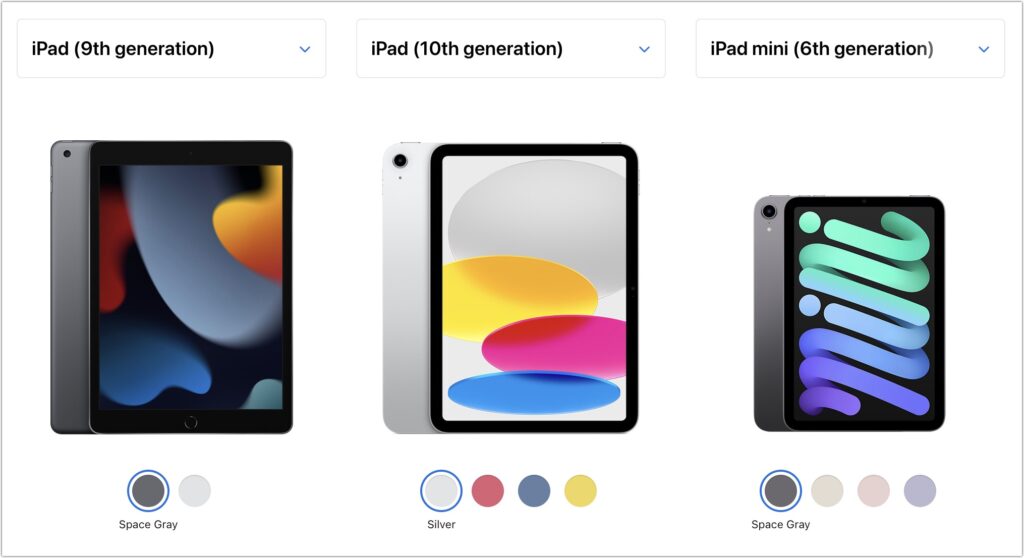 We love the Apple Watch, but be careful when considering it as a gift. There are three rather different models, and Apple provides a dizzying number of options for case size, material, and color, plus the band and color, making it difficult to know what would be most appreciated. Instead of guessing what your recipient would like, we encourage giving a certificate that’s good for a conversation about what to purchase. Then sit down with the recipient to run through all the decisions on the Apple Watch site.

Thanks to a larger screen, faster chip, and Apple’s new iPhone and Apple Watch crash detection feature, the Apple Watch SE is more compelling than ever and all that most people need. Consider the Series 8 if you also want a larger Always-On display, blood oxygen sensor, and ECG capabilities, along with a new temperature sensor for cycle tracking. The Apple Watch Ultra puts all those features and more into a 49mm titanium case that features a new Action button that gives you quick access to app-specific commands. Its buttons are larger and easier to press, the Always-On display is brighter, the GPS works better in challenging conditions, and it has a depth gauge and water temperature sensor so it can serve as a dive computer. The Apple Watch Ultra boasts up to 36 hours of battery life in normal usage and up to 60 hours in a forthcoming extended battery optimization mode. It’s an impressive watch, but make sure you like how it looks on your wrist, given how much larger it is than other models. Apple has a helpful comparison tool.

Even though they are worthy gifts, we didn’t include any Macs in this article because they’re quite a bit more expensive and difficult to select without extensive discussion of the recipient’s needs. Let us know if you need help choosing the right Mac for someone on your list, but we’re partial to the M1- and M2-based MacBook Air and 24-inch iMac for many users.

Social Media: Looking for the perfect holiday gift for the Apple user in your life? With some products having long shipping times, it’s worth ordering sooner rather than later. Here are our suggestions for the top Apple gifts for 2022.