Discover a Caching Server on your network

Prior to macOS Sierra if you wanted to find out whether or not a Caching Server is running on your network you could open up the Console.app and search for "AssetCache" in the logs. This no longer works in macOS Sierra.

Now in Sierra you can use a new tool: AssetCacheLocatorUtil
Enter this command in the Terminal.app and watch it give you detailed information.
It will, in a very verbose manner, tell you if and where a Caching Server is located. It even indicates if "personal caching" is supported. What is personal caching? Simply put it's the server caching personal iCloud data.

One of the great new features in macOS Sierra is Apple Pay on the web in Safari. To use Apple Pay on your Mac you will need to sign into iCloud and have an iOS Device, also signed into iCloud, with a supported Credit card from a supported card issuer. When checking out on a site that supports Apple Pay, using the Safari browser, you can check out with just a touch thanks with the help of your iOS device. This makes purchasing items on your Mac simple and easy.

The new 2016 13 inch and 15 inch MacBook Pro includes Touch ID and Apple Pay. This is a welcome addition and an exciting feature. The out of the box experience is to walk through the setup assistant, on your new MacBook Pro, which now includes setting up Touch ID and Apple Pay. Making purchases with Apple Pay will be even easier because you can leverage the Touch ID built into your Mac without the need of an iOS device.

Something to consider. When setting up a second (or supplemental) user on your Mac, you will be able to setup Touch ID but you will not be able to setup Apple Pay IF another user already has it setup. In the event a second, third, fourth, etc user wants to leverage Apple Pay they can use Apple Pay on the web in Safari.

Auto boot is one of the new features of both the 13inch and 15inch Macbook Pro (late 2016). When you either attach a power source or open the lid (barring there is enough battery power) the device will startup. 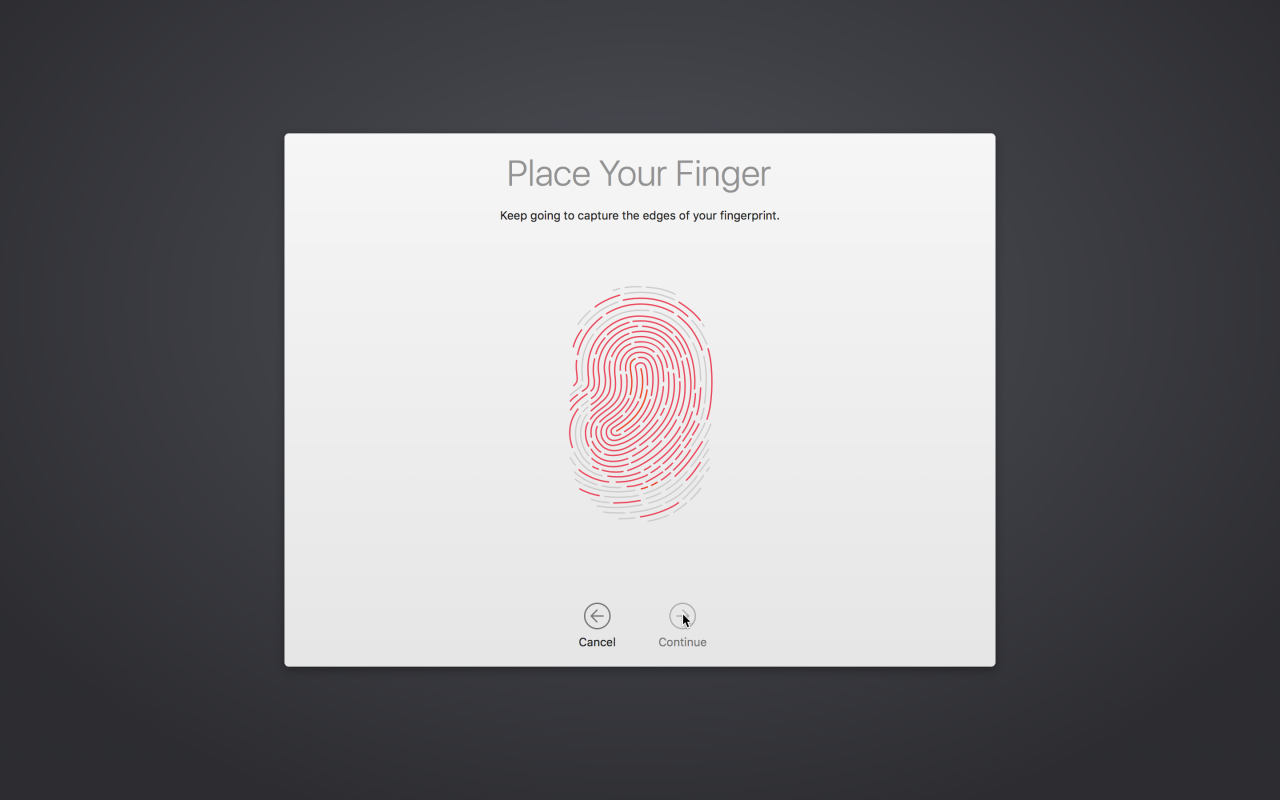 Lighting to USB 3 Camera Adapter
On Monday Phil Schiller, Senior Vice President of World Wide marketing at Apple, mentioned the release of new Lightning to USB 3 adapter. It woudl provide USB data and power in a Y-style adapte. It became even more exciting news when he went on to say you could use an Ethernet adapter with it to connect to corporate networks. Apple’s site mentions it as well in the product description:
"Add even greater capability and versatility to your iPad Pro by powering the Lightning to USB 3 Camera Adapter with a USB Power Adapter. Then you can connect USB peripherals like hubs, Ethernet adapters..."
Apple site says these models of iPad are officially supported but more than these work.
iPad with Retina display
iPad mini
iPad mini 2
iPad Air
iPad Air 2
iPad mini 3
iPad mini 4
iPad Pro (9.7-inch)

iPad Pro (12.9-inch)
Full details about the product is located at the link below:
http://www.apple.com/us_smb_78313/shop/product/MK0W2/lightning-to-usb-3-camera-adapter?fnode=37
Prior to iOs 9.X there was a way for iOS to connect to an ethernet network with a usb to ethernet adapter. It involved a Usb Hub but it was patched an no longer worked during testing on 9.2.  A great post about it can be found at: http://www.hcsonline.com/support/blog/entry/ios-connecting-your-ipad-to-ethernet
After Monday’s announcement I immediately purchased the new USB 3.0 to Lighting adapter from Apple and received it today.  I went ahead and tested the new USB 3.0 to Lighting adapter with an Apple USB 2.0 to ethernet adapter.  I did make sure that each device was running iOs 9.3 when I performed my final tests.  The products I tested were: iPhone 6S+, iPhone 6S, iPad Pro 12inch, iPad Mini 4th Generation, iPad Mini 3rd Generation , 1st Generation iPad Air , 2nd Generation iPad Air & a 5th Generation iPod Touch. I would have tested more but this is what I had in the lab at the time.
I discovered several things. This is certainly not a definitive list but were observations I made in testing.
1.) It works on all the devices I listed above. Apple site doesn’t officially support iPod Touch and iPhone but it worked regardless.
2.) It doesn’t necessarily need 9.3. When testing the 1st Generation iPad Air it showed up and worked. It was running 9.2 at the time. I tried to on the 3rd Generation iPad Mini running 9.1 and it didn’t work.  Having said that I felt it's best to update to 9.3.
3.) A charger is needed. On each device I was warned that it needed more power. A regular lighting cable with at least 10W charger was sufficient for it to dismiss the dialog window, saying it needed more power, and work properly.
4.) It can be used during activation of device even if cellular and wifi aren’t present. Unlike a Mac you don’t have a place to select the wired collection. Visually the “next” dialog turns blue and you can proceed.
5.)No visual way to manage it. When you connect it you can see it in Settings/General/About. It does not show network information only hardware info about the adapter. I would love to see an Ethernet section Appear in Settings. Maybe in an update. You never know.
6.) When in Ariplane mode it still works. You can surf the internet and perform any network related actions.
7.) I tested it on a Cisco 802.11 AC 5GHZ network and a Cisco Gigabit Ethernet switch. When running a speediest it’s faster on ethernet…only slightly.
Overall this is exciting news for consultant and consumer alike. I am sure there are things I didn’t catch or see. Leave a comment and help the community learn how this product can be used more effectively in your environment.
For more great news and resources check out http://www.hcsonline.com/support/blog

Looks like Fax didn't make it this round. Spotlight will still bring you to System Preferences but graphically it isn't there anymore.